Presented in this article is page nine of the Theory and page eleven of fourteen pages overall of “Holland’s Theory : Strengthening It” © 1986. The typewritten paper consists of a total of fourteen pages which include a title page, a page that contains two quotes, eleven pages of the theory, and a reference page.

From the Spring of 1986, page nine of the theory and page eleven of fourteen pages overall of “HOLLAND’S THEORY : STRENGTHENING IT” © 1986 is presented below.  The professor wrote on the paper after it was turned in with what does appear to be a red pen. 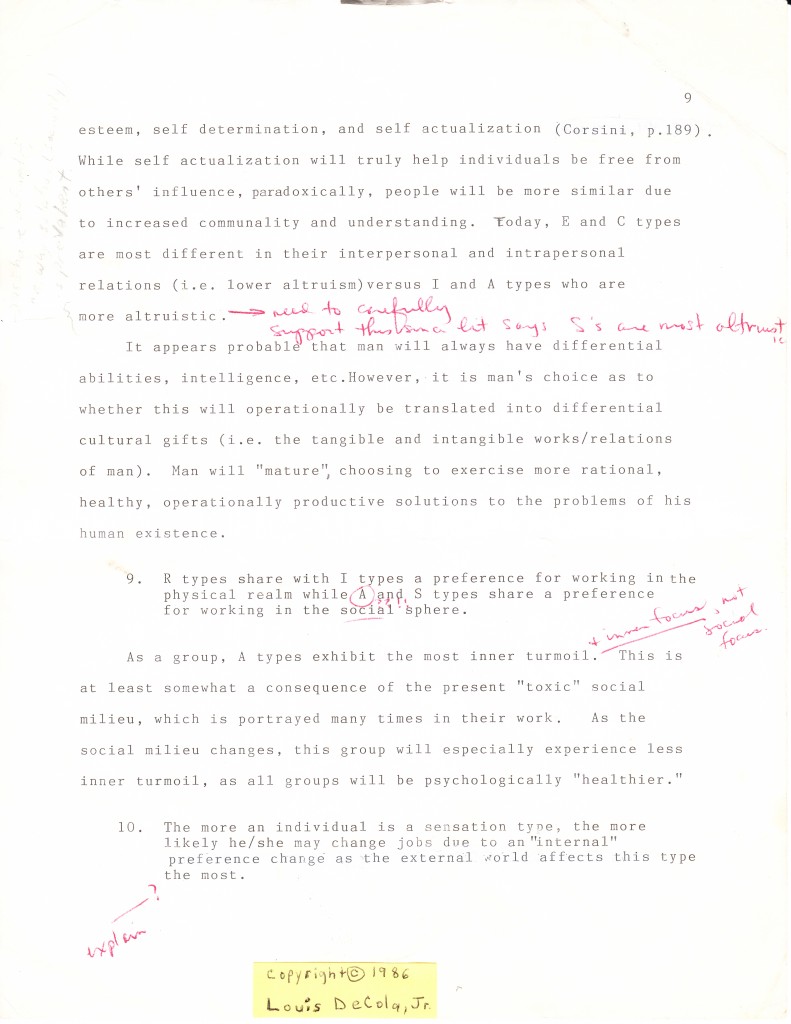