Presented in this article is page two of the Theory and page four of fourteen pages overall of “Holland’s Theory : Strengthening It” © 1986. The typewritten paper consists of a total of fourteen pages which include a title page, a page that contains two quotes, eleven pages of the theory, and a reference page.

From the Spring of 1986, page two of the theory and page four of fourteen pages overall of “HOLLAND’S THEORY : STRENGTHENING IT” © 1986 is presented below. The reader is asked to note that under 2.b. between the words “social, conventional” was the handwritten word “enterprising” which seems to be barely visible here.  The professor wrote on the paper after it was turned in with what does appear to be a red pen. 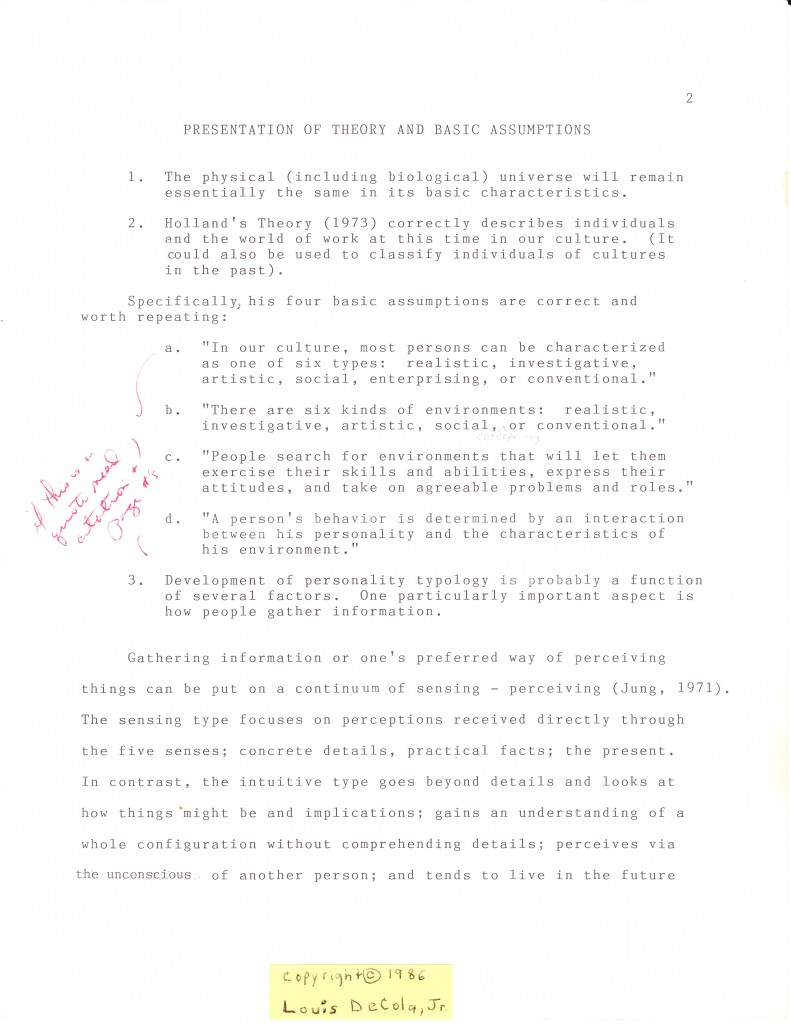